Program for the 2022 VOSH Annual Meeting

Get inspired and learn a little bit more about your fellow VOSH volunteers.

This month, celebrating 50 years of VOSH service, we are talking Dale Cole, OD Past President of VOSH/International from 2003-2005

He joined VOSH-Kansas in 1974. His first VOSH mission was in Honduras in 1982. After returning from that mission, he and Dr. Don Kuehn of Russell, KS volunteered to be co-directors of VOSH-Kansas committee—coordinating/supporting the Kansas mission teams with eyeglasses and equipment for the next 25 years.

In the mid-80’s Dr. Cole began taking photos during travels with VOSH/International, with the hope that his photos will allow others to experience some of the beautiful sights from around the world. Since retiring, he considers photography and travel as his full-time ‘occupation.’ Dr. Cole’s award-winning photography has been recognized by the Kansas City Star People and Travel competition, various travel-related magazines and websites, a photography card company and numerous competitions.  He also features his work through his website http://www.dalecolephotos.com

“[Through VOSH] I have learned there are a lot of people around the world struggling day to day in their environment yet they make the best of what they are dealt and most of them are very grateful for any help that comes their way.

Most folks in the USA have no idea as to how good they have it.”

I’m a Kansan and Kansas is where VOSH initially was ‘born’ by Dr. Franklin Harms of Hilllsboro, Kansas.

I started practice in 1971 in Salina, KS which is about 40 miles west of Hillsboro. I became a member of the Kansas Optometric Association (KOA) VOSH committee in 1974. Immediately I began getting the 11:00 pm calls from a very enthusiastic Dr. Harms (all OD’s in Kansas knew if you were getting a call between 10:30 to midnight, it was going to be Franklin with a new idea related to VOSH). It took very little to get me involved in VOSH.

My first eye care mission was in 1982 to Honduras.  (Note: After my wife and I agreed to go to Honduras, we had to go to a map to see where Honduras was!) After returning from Honduras I volunteered, along with Dr Don Kuehn of Russell Kansas to be co-directors of the Kansas VOSH organization. During the years between 1982 and 2009 we supported missions by organizing the eyeglasses and supplies they would need for the mission.

Over the following years, I participated in 24 missions in 18 different countries. I retired from active practice in 2006 at age 62 but continued VOSH trips until 2009.

VOSH was a significant part of my optometric life. My family was able to participate in some of the missions which certainly had a positive influence in their lives. I made so many life-long friends thru VOSH experiences.  As VOSH founder Dr Franklin Harms often said “Your optometric life is not complete until you have experienced a VOSH mission.”

Do you have anything else about your experiences with VOSH—perhaps a brief story from a VOSH clinic?

Two of my favorite memories:

Do you have any heroes? If so, why?

At the top of the list would Past President/Executive Director of VOSH Dr Harry Zeltzer. He was an amazing individual—never forgot a name (even in his 80’s); was the driving force to expand the growth of VOSH internationally through the friendship he always developed with anyone he met. In particular, he and Dr Ann Slocum of VOSH-Oregon had worked with Dr. Stan Yamane of Vistakon on several projects in the past. From those friendships developed an offer of a $20,000 annual grant to V/I to be used to further our eye care work. (Prior to this grant, VOSH/International never exceeded an annual budget of several thousand dollars.)  Incidentally, Dr. Yamane also became a member of VOSH/ International.

Harry and I travelled to several countries representing VOSH, developed new international chapters and gained many network friends and supporters of our eye care missions. In Ghana, Harry was instrumental in developing a program (TTP—Technology Transfer Program) of sending shiploads of optometric equipment to the optometry college there. It has grown to serve other international countries as well.

What has been your greatest accomplishment as President of VOSH?

One of the significant accomplishments took place during my year as President-elect. I was assigned the task of writing two publications—a ‘History of VOSH’ and a “Mission Guide Book” which offered step by step guidelines for team leaders and volunteers for missions  on how to organize and conduct a mission trip.

Another significant step forward for V/I was the second yearly financial gift from Vistakon and their Vice-President Dr. Stanley Yamane (he was also became a VOSH member) in the amount of $20,000 at the annual VOSH meeting held in Vancouver, BC.  These gifts truly moved V/I  from a yearly survival mode to a major player for eye care around the world.

During my presidency, we expanded the VOSH organization with the addition of SVOSH (Student VOSH) chapters within the USA, Canada and abroad to enable VOSH to serve more individuals.

The VOSH website (www.VOSH.org) was significantly updated and became a positive influence in VOSH growth internationally.

V/I endorsed the ‘Vision2020’ document of the WCO (World Council of Optometry) in 2001. The goal was to eliminate preventable blindness by 2020.  Along with AOA, these organizations were on the ‘front lines’ of implementing this goal. Very soon thereafter, 23 other major global organizations followed with their endorsement.

During the 2003-2005 presidency we established bonds with S.E.E. (Surgical Eye Expedition), TLERC (Texas Lions Eyeglass Recycling Center), Unite for Sight and our own AOA; we enlisted Dr. Harry Zeltzer (our past president of 2001-2003) as our first Executive Director of V/I. At the end of my term Hare Patniak of VOSH India and I committed to schedule the first VOSH Tsunami relief mission in India through Project Hope.

How have you seen VOSH evolve over the years?

As I have been involved with VOSH basically from its infancy, all aspects of growth were new and exciting. We have grown from a very loosely run organization to a well-run organization due to great forward-thinking leadership and dedicated members.

From  the first mission trip to Mexico in 1972 by the Kansas group of optometrists to the VOSH organization of today, we can all be proud of all the accomplishments and the 1000’s of individuals we have served around the world.

What/Where do you see in VOSH’s accomplishments or goals in the next 5 year?

I would hope VOSH can continue to improve the lives of people around the world by giving them better vision—and doing so in a more efficient manner using more sophisticated equipment.

What advice could you give a student OD considering involvement in VOSH?

Again, as Dr Franklin often said “Your optometric life is not complete until you have experienced a VOSH mission.”

What have you learned from being involved in VOSH?

I have learned there are a lot of people around the world struggling day to day in their environment yet they make the best of what they are dealt and most of them are very grateful for any help that comes their way.

Most folks in the USA have no idea as to how good they have it.

What do you doing in your retirement?

My VOSH experiences provided me with a great hobby and a ‘new profession’.

In the mid 80’s on my first eye care mission, I began taking photos to allow me to present the VOSH story at various civic clubs and organizations upon my return. As I developed my proficiency with the camera, I began taking photos elsewhere—becoming the ‘photographer’ for our state optometric conventions, ‘photographer’ for our church activities and for Vacation Bible School and eventually hired by individuals and businesses. I also organized three art galleries over the years in our community. 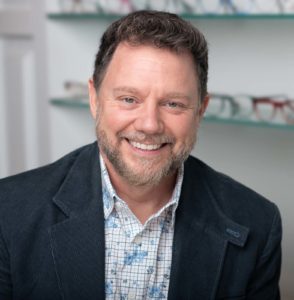 Get inspired and learn a little bit more about your fellow VOSH volunteers.

This month we are talking to Dr. Emiliano Terán Bobadilla of the Autonomous University of Sinaloa

Dr. Terán is a faculty and scientific researcher of the Optometry Program and the Faculty of Physical-Mathematical Sciences of the Autonomous University of Sinaloa. He studied the Bachelor of Physics, the Master of Science in Physical Optics and the PhD in Physical Optics at the Center for Scientific Research and Higher Education in Ensenada. He is a member of the National System of Researchers of Mexico. He is also a member of the World Council of Optometry, and a member of the Association for Research for Vision and Ophthalmology (ARVO) as well. He is former Co-Chair of the Education Committee of the Latin American Association of Optometry and Optics (ALDOO), as well as a member of the Public Health Committee. He recently participates as a member of the Advisor Committee for Latin America of VOSH/International. He has published research articles on optometry and books related to the area. The last of them is about the effect of blue light on the circadian cycle, entitled “The Thief of Sleep”.

Listen to Dr. Terán speak about Optometry and VOSH's work in Mexico (click on photo)